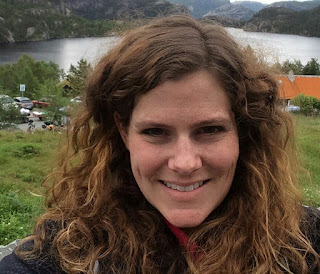 If you ever looking for a controversial reality shows of the last decade then 'Biggest loser' is one of them. Especially no one would ever forget about the season 15 title winner Rachel Frederickson. She won a prize money of 250,000$ for her seven months of intense dieting and exercises. Every one shocked when she appeared on the stage. People just can't believe their eyes by seeing the transformation of Rachel Frederickson. Let's see what our title winner is doing now?

Biggest loser is a American weight loss reality show once ran by NBC now to 'USA network'. Biggest loser remained as one of the top 50 shows in the United States during 2004 to 2005. The show had made more than 30 international adaptations. At the height of it's time in 2010 it had a over 9 million audience. Giving a whopping quarter million dollars as a prize money to it's title winners.

Rachel Frederickson was 24 when she participated on 'Biggest loser'. Rachel Frederickson just broke away from her long time boyfriend who she met during her college days. She loved him so deep. The couple were close to their marriage and spent their beautiful moments in Europe. Unfortunately her life had other painful turnings. He dodged her and she had to quit her relationship with him.
At first Rachel Frederickson was very reluctant to participate in the show. She just broke from her boyfriend and spending all her time lonely. When she appeared on stage. It was like no way this girl ever going to make it. Rachel Frederickson was weighing about 260 pounds with no prior dieting experience.
Intense Dieting and exercises.
Even to lose 70 pounds you have to lose like 10 pounds per month. Rachel Frederickson was under supervision of her trainer who gave her all the dieting tips and exercise schedule. She was regular at her gym. She cut off sugar and salt completely. Rachel Frederickson said, "It's nice to workout under the supervision of a trainer. It's like having a teacher on your school who regularly watches you".
She took a lot of fats. She ate a lot of cheese, potatoes almost three times a day. Straight for one month. Then suddenly she switched to zero carb diet. It's like your body searching for carbs and then burning your body fats for it's fuel.
Rachel drinks a glass of lemonade. She learned to make fat bombs by herself. With just a grilled chicken with cheese for her dinner.
She does intense workout both morning and evening. She climb stairs, run twelve kilometers twice a day. Drinking water for every thirty minutes.
She did that for the straight seven months without a break.
When finally Rachel Frederickson came on stage along with the vfx of her previous 260 pounds. Even the presenter Allison Sweeney couldn't believe her own eyes. As the screen shows 260 pounds. She weighed 105 pounds in just seven months. Which is like 22 pounds per month. Without further doubt Rachel Frederickson was declared as the winner of Biggest loser season 15.
Controversy surrounding Rachel Frederickson.
Shedding 22 pounds per month is not a joke. The process can create serious health issues. Dr.Charles Burant of Michigan Metabolomics and Obesity Centre said, "I am waiting for the first contestant to have his first heart attack. I was very much in shock when my own obesity patients started to ask for the medicine that they use in Biggest loser. I was shocked".
Losing weight takes time. Biggest loser show setting a wrong example to their viewers. Many people have a dangerous medical conditions. You simply can't load your body with fats and then suddenly stopping. You are going to hurt your body.
One disturbed parent tweeted, "Watched finale with my daughters. I was shocked to see people will go for any extreme just to get quarter million. Definitely bad example to the society".
Not worried about controversies.
The internet exploded after Rachel Frederickson was announced as the winner of 'Biggest loser of season 15'. It was a twitter and reddit trend. People who criticise me should go through my painful dieting and exercises. She never worried about her critics and trolls. Just like the other contestants who gain weight after the show. Rachel is calm and steady. She still eats the same boiled healthy food. She still does a lot of cycling with her friends.
She spend her prize money wisely. Her latest instagram picture shows she's riding a cycle in Norway. She went to a world tour along with her friends. Rachel said, "I learned a lot at those seven months of contesting".
Rachel Frederickson now working at a t-shirts printing company. She is busy in promoting her brand on social media. She is doing great. She is not in a mood for any relationship now. She now owns a bull dog and that's the only world she have right now. Rachel now living a calm and serene life. Let's wish our biggest loser contestant a big success in her life.
Also read,
Rebel Wilson weight loss story.