The 10 Best Protein Sources For Vegans and Vegetarians. 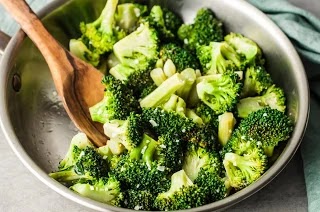 The 10 Best Protein Sources For Vegans and Vegetarians: More people are converting to veganism. People don't want junk or high fat processed meats anymore. Vegetarians are looking for best and cheap protein sources. The processed meat is taking longer storage period along with chemicals. In fact best protein sources for vegetarians is a cup of brown rice with beans is more healthier than beef. People  are constantly looking for veggie proteins.

Let us see what are the top 10 best protein sources for vegans.

1. Brown rice.
Rice is the tastiest grains in the world. Rice is one of the best protein source for vegetarians. The famous Japanese sushi is made from rice. There are mainly two types of rice: white and brown rice. The brown rice is raw rice and white rice goes through a lot of refining.
A cup of cooked brown rice weighing 202 grams contains 5.54 g of proteins along with 248 kcal, 51.7 g carbohydrates, 3.23 g of fiber, 1.1mg of iron, 0.4 mg thiamin, niacin 5.2 mg, folate 18.2 mcg, phosphorus 208 mg, magnesium 78.8 mg and selenium 11.7 mcg.

2.Broccoli.
Broccoli is another protein rich vegetable. Broccoli contains 90% water 7% carbs and 3% protein. Broccoli contains lowest amount of calories among other vegetables. Cup of broccoli (91 grams) contains 2.6 grams of protein along with all the amino acids, folate, manganese and pottasium. Broccoli is also rich in fibers which is good for your heart and controls body cholesterol. Broccoli along with spinach gives you the complete nutrients necessary for the day. Broccoli contains impressive amount of phytochemicals and antioxidants. Phytochemicals decides the color, odour, and taste of the vegetables. The phytochemicals such as glucobrassicin and carotenoids boost our body immune system. The only major side effects of broccoli is gas since it is full of fibers.

3.Tofu.
Tofu is a great source of plant based protein. More thicker the Tofu more protein it will have. Tofu is made from curds of soy milk. Later the curd is coagulated and made into a cake. Tofu is so rich in protein. Tofu is a protein rich dish. A 100 grams of tofu contains 12 grams of protein. Surprisingly even the beef contains 9 grams of protein per 100 grams. Tofu is also rich in iron, calcium, copper, manganese, phosphorus and amino acids. The Tofu will reduce the bad cholesterol in the body. The soya rich foods like tofu will control the excess bleeding during menopause. The side effects are kidney stones since tofu is loaded with oxalate.

Beans is one of the best protein source for vegetarians. Protein rich beans gives us 29 - 36% DV for protein whereas soybeans gives us 63% DV. Soybeans are the most healthiest in beans family. Beans alone have twenty types of amino acids. Amino acids are necessary in building blocks of our body and they repair our tissue.
One cup (100 grams) soy beans contains 20.5 grams of protein along with 9.5 grams of fibers and 4.5 grams of iron. Beans are also rich in folates that repairs RBC (Red Blood Cells).

5.Chickpeas.
People are looking for the alternative to meat protein. Chickpeas are not only the best alternative to meat but it is also one of the cheapest source for protein. Chickpeas are the best protein rich legumes. An average cup of chickpeas (162 grams) contains 15 grams of protein whereas the average protein needed for male is 35 grams and for female it is 30 grams.
Chickpeas are also best alternative to Lactose protein. Protein is the body building nutrients. It repairs from muscle to hair. Protein slows down ageing process.
Selenium is abundant in chickpeas. Selenium promotes liver function thus it detoxify cancer causing compounds in the body. Folate present in chickpeas repair damaged cells and it involves in DNA synthesis.

6.Tempeh.
Tempeh is a traditional indonesian soy product that is made from controlled fermentation of soy beans. The soaked soybeans is half boiled. Once it is cooled down it is stored in plastic bags for one week. Rhizopus Oligosporus is the common fungus used in the process.
100 grams of tempeh contains 20 grams of protein. Tempeh is also rich in copper, potassium and iron. Since protein rich tempeh is full of fiber it maintains heart health and body weight. The protein rich meal Tempeh have good bacteria so it will maintain our gut health and helps good bacteria in our gut.
The side effects of tempeh includes gas and bloating since soy in tempeh is full of fibers and it will be difficult to digest.

7.Quinoa.
Quinoa (Chenopodium quinoa) is a flowering plant mainly grown in South America and Europe.
Quinoa seeds are rich in protein and dietary fibers. Due to it's popularity it's now cultivated in india and other parts of Asia as well.

Minerals
Calcium 47 mg
Iron 4.6 mg
Magnesium 197mg
Phosphorus 457 mg
Potassium 563 mg
Quinoa is always taken raw. Once it is boiled. It looses all it's nutrients and minerals. It is consumed raw. Quinoa seed is more healthier than flower.

8.Almonds.
If you have children in your home who hates spinaches and broccoli then almond is the perfect choice.

Almonds are rich in HDL (good cholesterol ) which removes the plaques in our heart vessels. Almonds can be made into snacks for our kids. Almonds cake will be so delicious.

9.Seitan.
Seitan is the most common veggie protein that is made from wheat flour. By adding a glass of water wheat flour is mixed well. Then we leave it for thirty minutes until the gluten forms. Finally we rinse it multiple times until we get the seitan, the final product with fiber like product.
The protein rich Seitan can be used in bakery products or can be made as a snacks. 100 grams of seitan contains 30% of protein. However it differs for different flours.
Seitan is also rich in iron, calcium and phosphorus. Seitan also contains selenium, a rare mineral that protects our body from formation of cancer and repair of our cell.